Innovative physicians at New York Urology Specialists are among the first urologists in NYC specializing in kidney stone care to use hounsfield units to optimize care for kidney stones in New York City.   We present latest research on the topic for your reference.

What’s known on the subject? and What does the study add? Stone density on non-contrast computed tomography (NCCT) is reported to be a prognosis factor for extracorporeal shockwave lithotripsy (ESWL). In this prospective study, we determined that a 970 HU threshold of stone density is a very specific and sensitive threshold beyond which the likelihood to be rendered stone free is poor. Thus, NCCT evaluation of stone density before ESWL may useful to identify which patients should be offered alternative treatment to optimise their outcome.

• To evaluate the usefulness of measuring urinary calculi attenuation values by non-contrast computed tomography (NCCT) for predicting the outcome of treatment by extracorporeal shockwave lithotripsy (ESWL).

• We prospectively evaluated 50 patients with urinary calculi of 5-22 mm undergoing ESWL. • All patients had NCCT at 120 kV and 100 mA on a spiral CT scanner. Patient age, sex, body mass index, stone laterality, stone size, stone attenuation values (Hounsfield units [HU]), stone location, and presence of JJ stent were studied as potential predictors. • The outcome was evaluated 4 weeks after the ESWL session by NCCT. • ESWL success was defined as patients being stone-free (SF) or with remaining stone fragments of <4 mm, which were considered as clinically insignificant residual fragments (CIRF).

• The use of NCCT to determine the attenuation values of urinary calculi before ESWL helps to predict treatment outcome, and, consequently, could be helpful in planning alternative treatment for patients with a likelihood of a poor outcome from ESWL.

To assess the utility of attenuation coefficients as predictors of surgical outcome after a single flexible ureteroscopy (URS) with holmium laser lithotripsy. Many reports indicate that the efficacy of extracorporeal shockwave lithotripsy (SWL) can be predicted by the target’s radiofrequency attenuation, measured as Hounsfield units (HUs) on noncontrast CT (NCCT). Studies of flexible URS, however, have not assessed the predictive value of attenuation coefficients on NCCT.

Patients with renal stones who were treated by flexible URS with holmium laser lithotripsy between December 2009 and October 2011 at a single institute were retrospectively evaluated. Stone-free (SF) status was determined by kidneys-ureters-bladder (KUB) radiography at postoperative month 3. Correlations of possible predictors with SF status were analyzed using a logistic regression model. The comparison between groups with low and high HUs was examined using the Mann-Whitney U test.

To define the preoperative kidney and stones characteristics on noncontrast-enhanced computed tomography that affect the success of extracorporeal shockwave lithotripsy (SWL) for treatment of renal calculi in pediatric patients.

From 2005 to 2011, 57 children (age <16 years) with documented preoperative noncontrast-enhanced computed tomography scans underwent SWL for treatment of renal stones and were included in the present study. Stone size, site, multiplicity, average skin-to-stone distance, stone attenuation value, and kidney morphology were determined from the preoperative noncontrast-enhanced computed tomography scans. Success was defined as radiographically stone-free status at the 3-month follow-up examination after a single lithotripsy session without the need for additional sessions or ancillary procedures.

After a single session of SWL, 24 children (42.1%) were stone free on the 3-month follow-up imaging study without the need for additional SWL sessions. Treatment failed in 33 patients (57.9), with residual fragments in 30 children, of whom 29 required repeat SWL, and 3 with stones that were considered unchanged and were finally treated with percutaneous nephrolithotomy. Logistic regression analysis revealed that stone attenuation in Hounsfield units (HU) and stone length were the only significant predictors of success. When the HU were stratified into 2 groups of ≤600 and >600 HU, the SWL success rate was 82.1% and 20%, respectively (P = .023). When length was stratified as ≤12 mm and >12 mm, the stone-free rate was 58.6% and 25.1%, respectively (P = .016).

Impact of stone density on outcomes in percutaneous nephrolithotomy (PCNL): an analysis of the clinical research office of the endourological society (CROES) pcnl global study database.

Abstract Objective. This study aimed to explore the relationship between stone density and outcomes of percutaneous nephrolithotomy (PCNL) using the Clinical Research Office of the Endourological Society (CROES) PCNL Global Study database. Material and methods. Patients undergoing PCNL treatment were assigned to a low stone density [LSD, ≤ 1000 Hounsfield units (HU)] or high stone density (HSD, > 1000 HU) group based on the radiological density of the primary renal stone. Preoperative characteristics and outcomes were compared in the two groups. Results. Retreatment for residual stones was more frequent in the LSD group. The overall stone-free rate achieved was higher in the HSD group (79.3% vs 74.8%, p = 0.113). By univariate regression analysis, the probability of achieving a stone-free outcome peaked at approximately 1250 HU. Below or above this density resulted in lower treatment success, particularly at very low HU values. With increasing radiological stone density, operating time decreased to a minimum at approximately 1000 HU, then increased with further increase in stone density. Multivariate non-linear regression analysis showed a similar relationship between the probability of a stone-free outcome and stone density. Higher treatment success rates were found with low stone burden, pelvic stone location and use of pneumatic lithotripsy. Conclusions. Very low and high stone densities are associated with lower rates of treatment success and longer operating time in PCNL. Preoperative assessment of stone density may help in the selection of treatment modality for patients with renal stones. 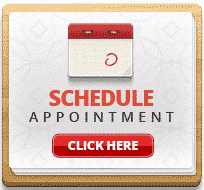