Confidential HIV Testing, Diagnosis and Treatment in NYC for Men and Women

HIV Testing: What You Need to Know 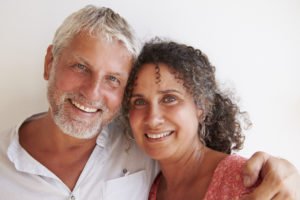 What is HIV/AIDS? Who is at Risk of HIV?

There is no effective cure for HIV, but it can be controlled with medications (antiretroviral therapy). Anyone can get HIV, but the following populations are at high risk:

Where to Get Tested for HIV in NYC?

We also perform comprehensive STD testing for other infections. We offer confidential appointments. Our prices are affordable with or without insurance.  Call/text today: 1-646-663-4125 or make an appointment online.

How Common is HIV in New York City?

New York has the highest number of new HIV cases in the country. About 109,000 people in New York are living with HIV/AIDS, of which about 72 percent are men and 28 percent are women. About 44 percent of New Yorkers with HIV are Blacks, 34 percent are Hispanics, and 18 percent are Whites.

One in five New Yorkers with HIV do not know they have the infection. Each year there are about 2,000 new HIV diagnoses in New York. About 1300-1800 people with HIV die in New York City every year. HIV/AIDS related-complications have claimed 100,000 lives in New York to date.

What are the Symptoms of HIV?

When someone first gets infected with HIV, there are no symptoms. In fact, a person can feel and look healthy for as long as 10 years after getting the infection. However, early HIV treatment can help an infected person stay healthy longer. That’s why it’s important to undergo regular HIV testing, especially if you are a high-risk group (gay or bisexual men, injection drug users) or you’ve had unprotected heterosexual sex. At New York Urology Specialists, we offer confidential, same-day HIV testing for men and women in the Bronx and other boroughs of New York City. Call and set up an appointment today with our board-certified urologists for comprehensive STD evaluation including HIV.

In the first 2-4 weeks after HIV infection, the infected person may experience nonspecific flu-like symptoms (fever, achiness, feeling generally unwell). This is a highly contagious stage because the viral load (the amount of virus in the body) is very high. After a few weeks, the symptoms abate and may disappear for years. However, once infected, a person with HIV will always have the infection and can pass it on to others.

The HIV virus destroys the CD4 and T cells in the body that fight infections. People who progress to AIDS suffer from opportunistic infections and certain types of cancers. These are rare diseases that only occur in severely immunocompromised individuals. When the immune system becomes very weak, HIV becomes AIDS. Some of the symptoms of HIV/AIDS include (link):

I’m Worried About HIV – What Should I Do?

Talk to top urologists nearby at New York Urology Specialists. We offer confidential HIV testing for men and women. Based on test results and assessment of risk, PrEP or PEP may be recommended for you.

PrEP (pre-exposure prophylaxis) is an HIV treatment for people who don’t have HIV. It is an ongoing treatment for future protection against HIV. A medication called Truvada (taken as a once-daily pill) reduces the chances of getting HIV through sex by 90 percent and through shared needles by 70 percent (link). The protection is even higher when combined with safe sex practices. PrEP is recommended for people at high risk of HIV, such as those who:

PrEP (Truvada) works best when taken regularly. Remember, it does not protect against other STDs and safe sex with condoms is always recommended. Most people on PrEP have no side effects (there may be some nausea, headache, and loss of appetite when the medication is first started). People on PrEP must undergo HIV testing every 3 months. Most health insurance plans cover Truvada. Call our offices today to see fellowship-trained urologists for an evaluation to see if PrEP is right for you.

PEP (post-exposure prophylaxis) is a type of emergency treatment for people who have recently been exposed to HIV. The treatment consists of a series of antiretroviral pills that must be started within 3 days (72 hours) of exposure. The sooner treatment is started, the more effective it is. PEP medicines are taken once or twice daily for 28 days or more. These medications stop the spread of the HIV virus in the body. If you think you may have been exposed to HIV, call the board-certified urologists at New York Urology Specialists without delay to see if you need PEP. This treatment is generally recommended to people who in the last 72 hours:

Remember, PEP is not a replacement for safe sex practices or PrEP. The treatment is not 100 percent effective and it doesn’t reduce the risk of future HIV infections like PrEP. Every hour counts in PEP treatment. If you think you may have got infected with HIV in the last 3 days, don’t waste any time. Schedule an appointment at the offices of New York Urology Specialists immediately. We are easily accessible from Queens and Manhattan. Repeat HIV testing is needed after PEP treatment is completed (4-6 weeks after exposure) and again after 3-6 months.

STDs are Treatable in Nearly Every Man and Woman

At New York Urology Specialists, our urologists are specially trained in the evaluation and treatment of sexually transmitted infections (STI).  We understand the challenges that STDs such as chlamydia, herpes, gonorrhea, and ureaplasma create for our patients, their relationships, and their self-esteem.  We help you find an effective treatment for your symptoms that may be caused by STD, UTI or another cause.

Urologists are doctors specializing in the treatment of infections in men and women caused by sexually transmitted diseases as well as bladder infections (UTI). By the virtue of our experience and skill, we are able to offer an effective treatment option for nearly every man and women with urinary problems and bladder control problems.

We treat some of the most complex STD problems including:

This article is also available in: