Frequent Urination at Night and Slow Urine Stream at Night in Men: Symptoms of Enlarged Prostate

We have excellent reviews from patients and their partners.  Information for out-of-state and international patients.  Find out our office hours or directions to our office.

We offer affordable appointment prices with or without insurance.  We speak Spanish and Russian languages.

What are the Causes of Waking Up to Pee at Night in Men?

There are 5 major causes of nocturia or waking up at night to urinate in men.   Nighttime urination is very common in men over age 50 and causes significant inconvenience due to lack of restful sleep.

Is it Normal to Wake up One, Two or Three Times a Night to Urinate?

When the need to wake up at night to urinate he is more consistent, for example, if you waking up a few times a week to urinate once or twice a night, or every night, this is typically a sign of an underlying problem, most likely enlarged prostate.

Symptoms of enlarged prostate typically occur around age 50 but may occur in some men as early as age 35-40 depending on genetics and other factors.  Typically waking up to pee at night is 1 of the first symptoms of an enlarged prostate.  Other symptoms may include slow urine stream, intermittent flow, urge to urinate and frequent urination during the day.

Most men are not bothered if they have to wake up occasionally to urinate. When the need to pee at night becomes more consistent, the problem becomes more bothersome even though some men may be oblivious to it.

Treatment Options for Men with Urge to Urinate at Night?

At New York Urology Specialists, our experienced urologists perform a thorough evaluation of each man who has frequent urination as well as the urgency to urinate at night.  Once we establish the cause of frequent urination at night, appropriate treatment is recommended.  Our board-certified urologists are very successful in helping men with bladder control problems at night.

In some men, the need to urinate at night is caused by one problem. In other men, multiple causes interact which causes men to wake up at night to urinate.

What are the Risks of Urgency to Pee at Night in Men?

Urge to urinate at night and in the evening may interfere with sexual activity.

Interruption of deep REM sleep may lead to tiredness and irritability during the day.  There are some studies that suggest that interrupted sleep may also be associated with low testosterone levels.

Studies show that men will have to wake up at night to urinate are at increased risk for multiple problems.  In particular, for older men with osteoporosis who are frail, the urge to urinate at night may lead them to rush to the bathroom and put him at an increased risk of falling.  Falls in the elderly with osteoporosis often lead to hip fractures.

Urinary Incontinence at Night in Men with Enlarged Prostate

Urinary urge incontinence caused by an inability to get to the bathroom in time to urinate is a common problem in men with an enlarged prostate.  Typically, men who experience problems with leaking urine at night do not empty their bladder completely and have very significant enlargement of the prostate.  Treatment of enlarged prostate usually leads to complete resolution of urinary urgency, frequency, and nighttime incontinence.

When it comes to experience and innovation – New York Urology Specialists are a step ahead.  Better Science Means Better Care.  We specialize in minimally invasive highly effective treatment for symptoms of enlarged prostate and BPH. Many treatment procedures are performed in the convenience and privacy of office settings under local anesthesia.

If you have any questions, to schedule a consultation or if you need a second opinion, please contact us or call: 646-663-4044

If you have any questions, to schedule a consultation or if you need a second opinion, please contact us or call: (646) 663-4044 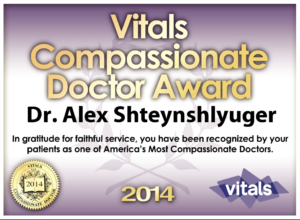